Follow us
Home » Recipes » Are they really fussy eaters?

Are they really fussy eaters?

Sometimes I would call my children (nearly 6 yrs and 4 yrs old) fantastic eaters, other times I would call them fussy eaters, simply because they will devour meals and foods that are familiar to them and then reject new meals.

This can be frustrating for us as adults as we know that trying new foods is exciting, but for younger children they don’t share that same excitement and this is why we categorise them as being fussy, when really they are going – “hold on a minute there Mum I don’t know what this is, I have never seen it before, why should I eat it?”

For younger children familiarity and routine is key to keeping them happy and comfortable in their environment, so when we place a meal in front of them they have never seen before they are thrown for a sixer and don’t know what they are meant to do. 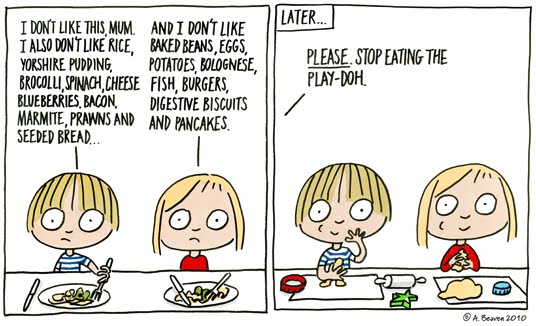 With this understanding we can use this in the way we approach the introduction of new foods or meals. I will give you an example – we have just conquered the eating orange and red foods in meals simply by having carrot and sweet potato in many meals during the past few weeks. The boys became used to seeing carrots and sweet potato on their plate, they had tried it before, they knew that they liked the taste of it and now in their little memory bank they have good association with carrots and sweet potatoes.

At each meal I would clearly tell them what was on their plate and remind them that they had tried it before. This made them feel comfortable with the meal and willing to eat it.

Green vegetables are bit more of a challenge and I associated this too ‘green’ being likened to ‘goo’ or yucky things in children’s books, television shows and toys.

Each time we have greens I still place them on their plate, tell them what they are, ask them if they would like to:

I repeat this process and gradually but surely we are making a positive association with green foods.

Let me recap what I have learnt from my children when it comes to eating:

And finally, remember they will grow out of it. My nearly 6-year-old is a whole lot more open to trying new foods now then he was a year a go.

Don’t get stressed at meal times when they won’t eat it only makes things worse. I always tell my boys if you don’t want to eat the dinner on the table there is nothing else to eat so if you are hungry you better start eating. 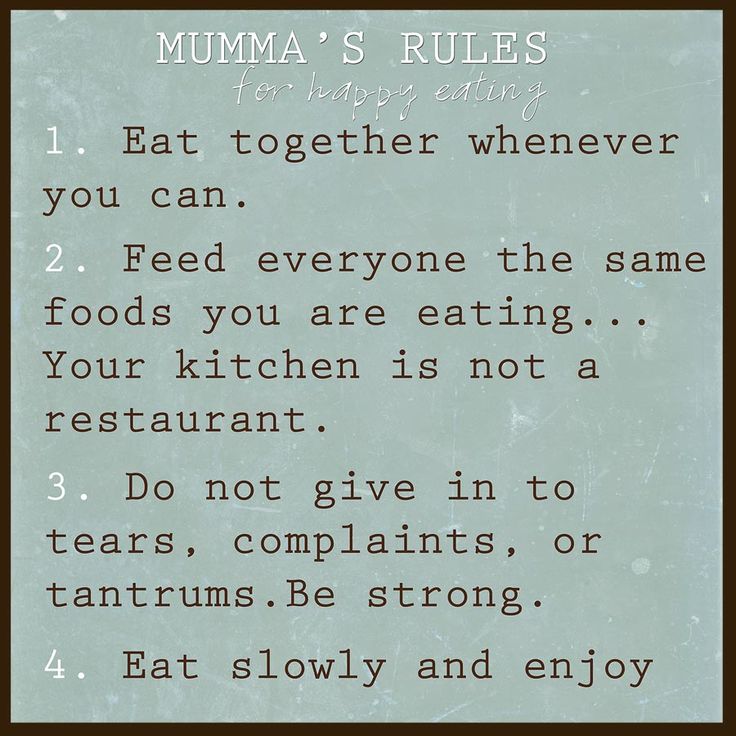 I love cooking and I especially love cooking for my family. I am a mum to two little boys and I work part-time. Finding the balance each day to feed my family is a challenge I love. The recipes I share with you are meals I have created and cooked for my family and here I share them with yours.
View all posts by Amanda →
Homemade Crackers
Ham and Mixed Rice Casserole (gluten free) – budget friendly to feed a crowd