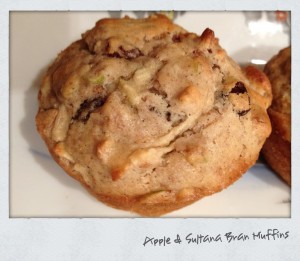 These are a slight variation to the Vegie Smugglers Apple & Sultana Mini Muffins.
I had to substitute some ingredients to suit what I had on hand and they still turned out delish.

Here is the Vegie Smugglers Recipe:

Sift the flour into a large mixing bowl.  Add the sugar and All-Bran, cinnamon and sultanas and mix lightly.

Place the milk, oil, egg and apple in another bowl and whisk well.

Pour the wet ingredients into the dry. Fold in until just combined.  Divide the mixture evenly between the muffin cases.  Bake for 15-18 minutes (20-30mins for 12 hole). 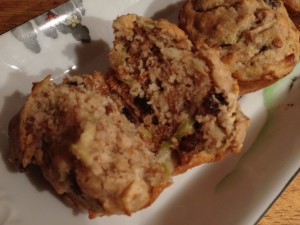 I love cooking and I especially love cooking for my family. I am a mum to two little boys and I work part-time. Finding the balance each day to feed my family is a challenge I love. The recipes I share with you are meals I have created and cooked for my family and here I share them with yours.
View all posts by Amanda →
FREEZER/FRIDGE/PANTRY INVENTORY PRINTABLES
SOHO WOODEN HIGHCHAIR FROM LIME TREE KIDS : REVIEW