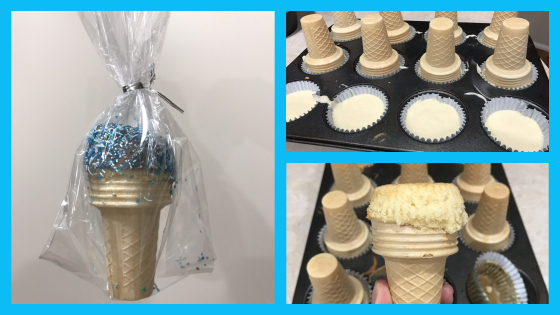 On the last week of term two my sons class had a bake sale to raise money for a charity.  We decided to do Cupcake Ice Creams cones so that they would be different from all the other cupcakes that were being sent in.  They turned out to be a success with a sell out in minutes… woohoo.  This is how we made them. 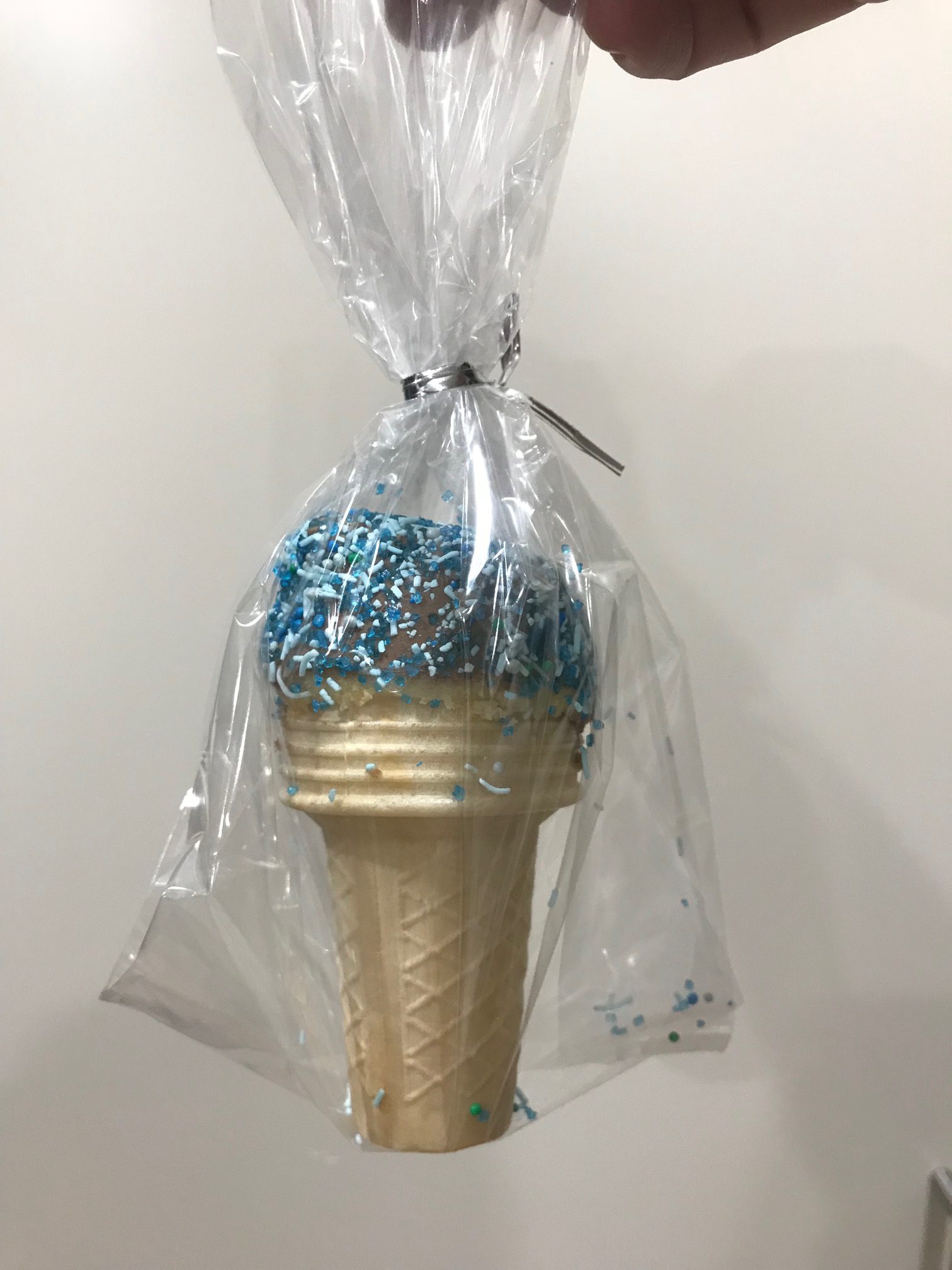 LET’S PUT IT ALL TOGETHER

To make the icing:

2. Transfer to a stand mixer, add the icing sugar and hot water and beat until thick and creamy.  The icing will set quickly.

Ice the cupcake tops to form the shape of the ice cream.  Press into sprinkles.  Once the icing is set you can bag up or store in an air tight container. 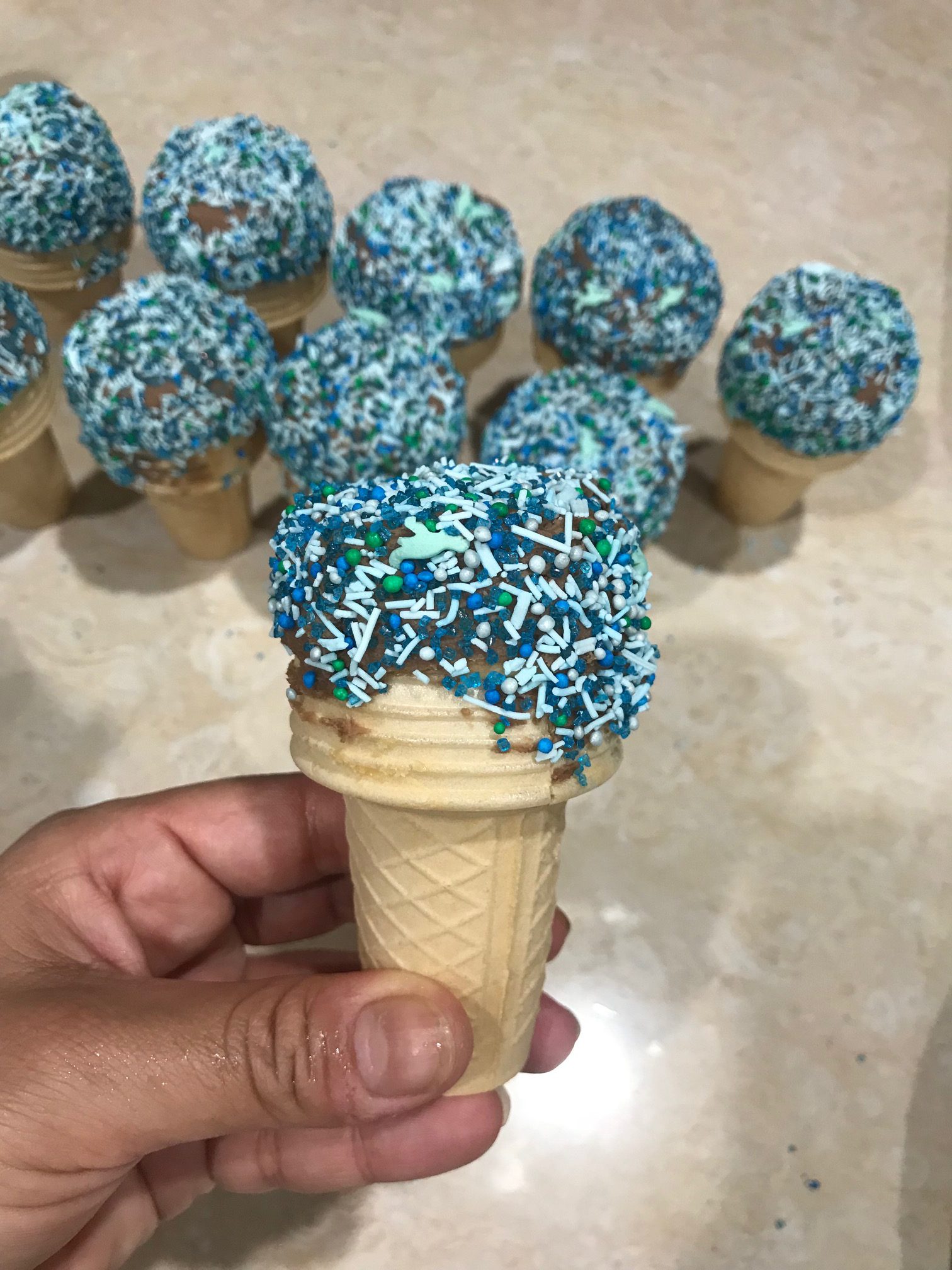 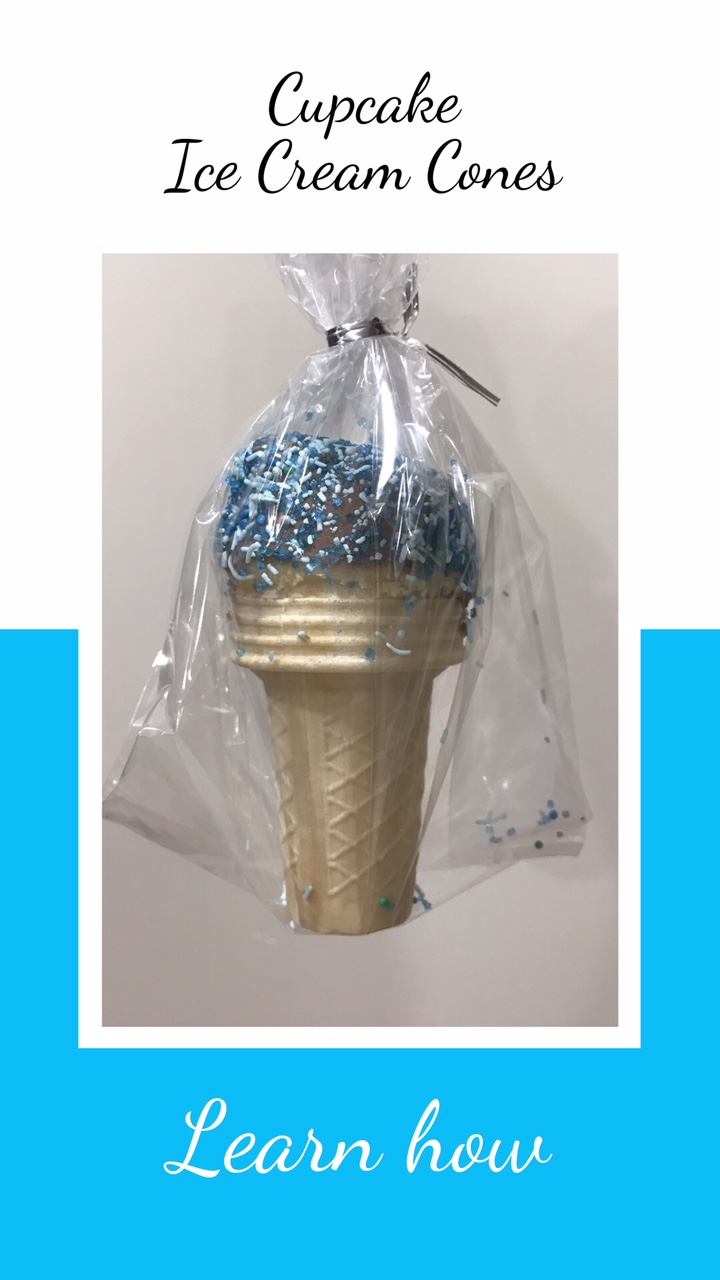 I love cooking and I especially love cooking for my family. I am a mum to two little boys and I work part-time. Finding the balance each day to feed my family is a challenge I love. The recipes I share with you are meals I have created and cooked for my family and here I share them with yours.
View all posts by Amanda →
Hawaiian Turnovers
Flourless Peanut Butter and Chocolate Chip Cookies